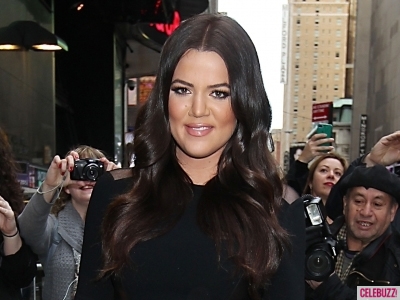 Is Khloe Kardashian leaving The X Factor? Have you seen Kendall and Kylie Jenner do the Harlem Shake? And, why is Taylor Swift being sued for millions?

Celebuzz has the answers to these questions and more in our round-up of Monday morning’s trending stories.

Just a month after Britney Spears said goodbye to the show, it looks like Simon Cowell is losing another one of his X Factor stars. Gossip Cop has the details on Khloe’s reported exit from the show.

Kendall and Kylie Jenner Do The Harlem Shake

Ryan Seacrest and the Jenner girls joined the rest of the world in doing the dance phenom, the Harlem Shake. Watch the video on Huffington Post.

The reality TV stars lets loose in a new video revealing her alter ego, Courtina. Watch the video on TooFab.

Why Is Taylor Swift Being Sued For Millions?

After a fall-out with a concert promoter, the country singer is being sued for $1.8 million. TMZ has the scoop on the lawsuit and whether Swift actually owes the money.

The country music world was saddened with the shocking news that McCready had committed suicide on Sunday. FOX News has reactions from Carrie Underwood, LeAnn Rimes, and others.