Not all films are polished masterpieces with excellent scripts and cinematography. Some are slyly subversive or positively wallow in their own crapulence. It may not be accepted practice for the Academy to recognise such films and probably most people would prefer to watch something boring like Brokeback Mountain or Lincoln.

However there is a select group of us who would love to see our favourite movies given the recognition that they deserve. How much more cool would it have been to see Peter Jackson collect Best Director award for Meet the Feebles than The Lord of the Rings? Could you imagine the outrage if Zombie’s Lake had been voted Best Picture? It could only happen in a parallel world inhabited by people like me (and the other one).

So I present a mercifully short list of 5 films that would win an Oscar in a freaky parallel universe.

This picture is a very strong contender for our parallel world Oscar for Best Foreign Film. Directed by bonafide auteur Marco Ferreri, it boasts a quartet of the cream of male European acting talent – Marcello Mastroianni, Michel Piccoli, Phillipe Noiret and Ugo Tagnazzi. These four actors play four men who have become severely disillusioned with life. Plus they have the balls to use their own names in the film as thir character titles.

The men gather in a beautiful villa and proceed to eat with great gluttony and shag women and prostitutes with great gusto until they die. Suicide by excess! It is a rather gruesome spectacle to behold but it is funny as well. The Academy could not fault the acting and the direction. They could only be biased against it because it features a lot of pooping and farting.

Watching actors who have been in the greatest movies of the 20th century wallowing in faeces would be a bold, radical choice by the academy. To pick this Bunuel-esque, tragi-comic, anarchic film would be a victory for true freedom of vision.

The post 5 Films That Would Win Oscars In A Bizarre Parallel Universe appeared first on WhatCulture!.

Real life stories are a major influence in cinema. Some of the greatest films ever made have been based on a true story.

Today, ‘based on a true story’ or ‘based on real events’ have become phrases specifically used to attract audiences; horror films, supernatural thrillers and even political dramas will use these phrases in their trailers and on their posters. Real life isn’t as exciting as cinema will have us believe unfortunately, so some real events – no matter how cool or exciting they will be – will have to be spiced up a little to make a decent film. Some films try to pass fiction off as real life however so here is ten ‘true’ stories that aren’t 100% true.

Most of them are not gross instances of lying but there are some interesting facts about the real life stories that surround the films. Other films rely purely on word of mouth and no matter how unbelievable the story is, they will insist on putting the true story line up to attract an audience.

Please note that there will be some important plot points and spoilers in here.

Argo was one of the best films of 2012 and has so far done very well in the awards season and will hopefully do well at the Oscars.

All films based on true stories have to have bits left out to quicken the pace and make them more entertaining. Argo is based on the Iranian US hostage crisis in 1980 and it does stay fairly factual but there are a few differences; the six escaped US citizens take refuge in the Canadian embassy – which is true.

However, in the film it states that the UK and New Zealand embassies refused them entry – this is not true; they stayed in the UK embassy for a few days but decided it was safer to stay in the Canadian embassy as they would be able to blend in there better with their accents. New Zealand also helped the people travel from embassy to embassy and helped them get to the airport to leave Iran. Missing this out is not a huge deal but it does mean that Argo has been added to a list of Hollywood films that eliminate international efforts from American stories. After all, this effort was nicknamed the Canadian Caper in the 1980s.

The end of the film is fantastic and has you on the edge of your seat but unfortunately, none of this happened. The real Mark Lijek (played by Christopher Denham in Argo) obviously received a lot of attention shortly after the films’ release and had nothing but praise for Ben Affleck. He did say however, that their real escape from Iran was not quite as tense and exciting:

“Argo is also a peek into a nightmarish alternate universe of how things might have been. Could I have survived three months under the stressful conditions depicted in the film? Would I have kept my cool if Iranian paramilitaries questioned my identity? Fortunately, these are questions I never had to answer.” (Source: http://www.slate.com)

Argo is a very good film which does stay pretty true to the original story. Just take a tiny, miniscule pinch of salt when watching it.

The post 10 ‘True Stories’ You Should Take With A Pinch Of Salt appeared first on WhatCulture!.

The Library of Congress’ National Film Registry is a treasure trove of excellence in filmmaking. It has everything from silent films to animated shorts, avant-garde fare to Hollywood blockbusters, documentaries to old-time serials. To be eligible for inclusion, a film must be at least ten years old and meet the simple threshold of being “culturally, historically or aesthetically significant”. As of 2012, 575 films have been preserved. 25 more will join them at the end of the year.

But there are literally dozens of classic films out there that are long overdue for inclusion. Whether we grew up with them as kids or discovered them at some point along our film-watching odyssey, they deserve to be placed among the very best of American cinema. Here are ten of what I consider to be likely contenders for inclusion in the registry. They represent a wide variety of genres and filmmaking techniques. 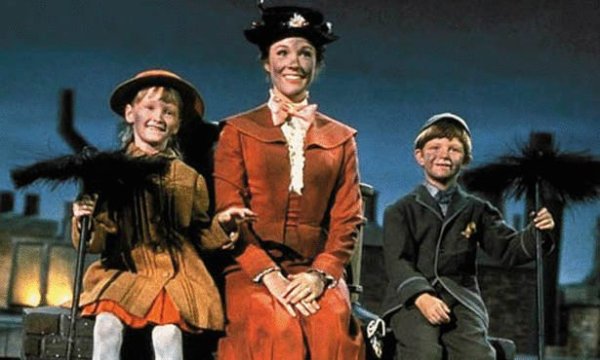 The registry includes a handful of Disney’s animated features but so far has not deemed any of its live-action output worthy of consideration. I don’t think I’ll get any arguments when I say that Disney’s record when it comes to live-action movies has been uneven over the years. But in 1964, they outdid themselves with a sumptuous film version of P.L. Travers’ book series about a magical nanny.

With memorable performances by Julie Andrews and Dick Van Dyke and unforgettable songs by the Sherman brothers, this childhood favorite may be excessively sentimental at times but it remains one of Disney’s proudest achievements. And where else in the history of film can you see dancing chimney sweeps? 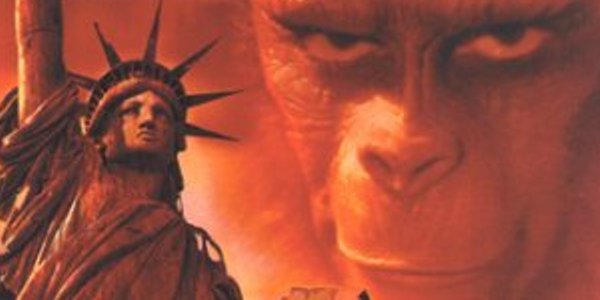 These days, it’s getting harder and harder to retain any sense of surprise when it comes to cinema. The biggest culprit, of course, is this ruddy thing – the Internet. You can’t move for exclusive previews of films, spoiler-filled reviews and just general idiots on message boards saying things like “That bloke you love. Yeah. He dies at the end.”

So if you block out the broadband for a bit, can you fare any better? Sadly not. Here are the top six other ways that the modern world has come up with spoil cinema, and a few suggestions on how we might cope with them.

I know a chap who takes his iPad to the cinema and, when the trailers come on, he puts his earphones on and watches Bruce Springsteen rock videos at high volume so he doesn’t ruin any films he hasn’t seen yet. He looks a tiny bit mental, but he’s clearly a genius, aside from the whole “suspected piracy” thing.

Trailers spoiling films is by no means a new thing. In the 30’s and 40’s trailers were effectively just shots from the film with massive captions like “SEE OUR HERO FIGHT AND DEFEAT THE EVIL ROBOT TIGER AFTER ABOUT 53 MINUTES” or “WATCH AS HER HEART IS MELTED BY HIS ROGUISH CHARMS AND BANJO PLAYING SKILLS”. Nowadays it’s effectively the first third of the film on fast forward, three of the key action sequences, and an out of context line from somewhere else in the movie that sounds cool.

As a result you spend most of the film going ‘yep, remember that from the trailer’ – such as, specifically the bit where Bruce Willis uses a car to take out a helicopter.

Tip to avoid spoilers: Some combination of a blindfold, earplugs, and memory wipe system will work a treat.